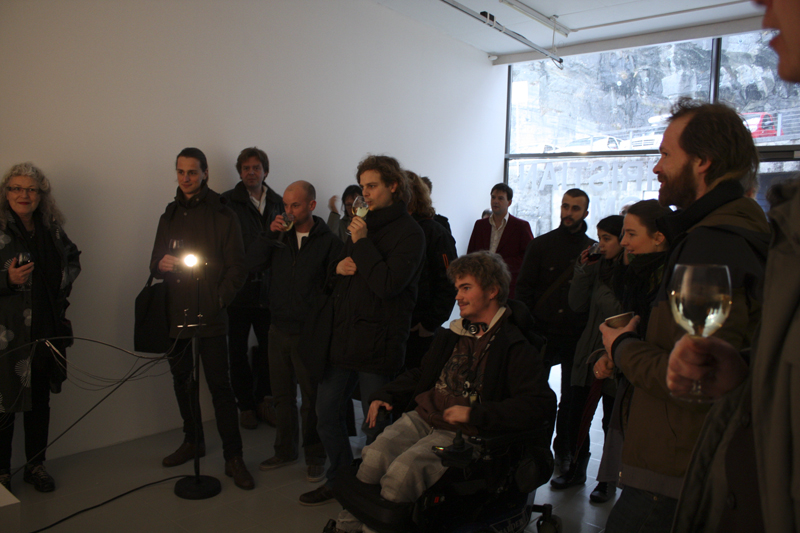 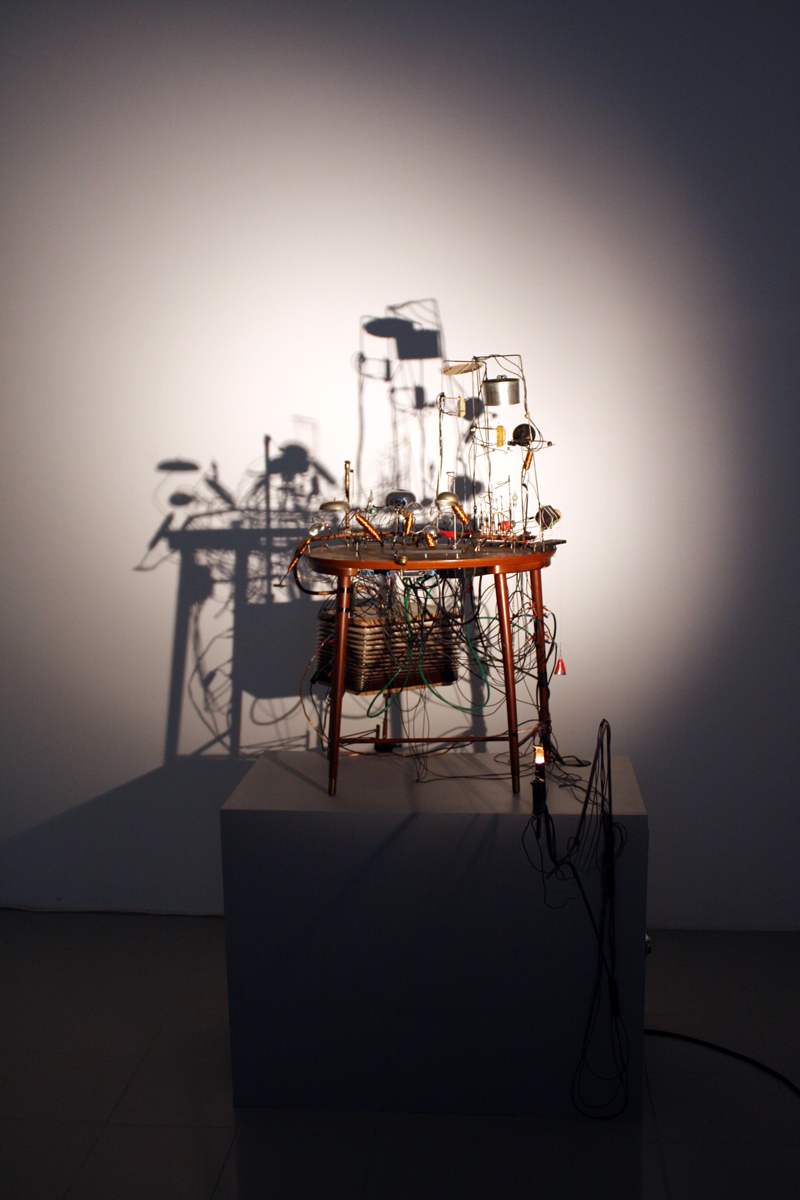 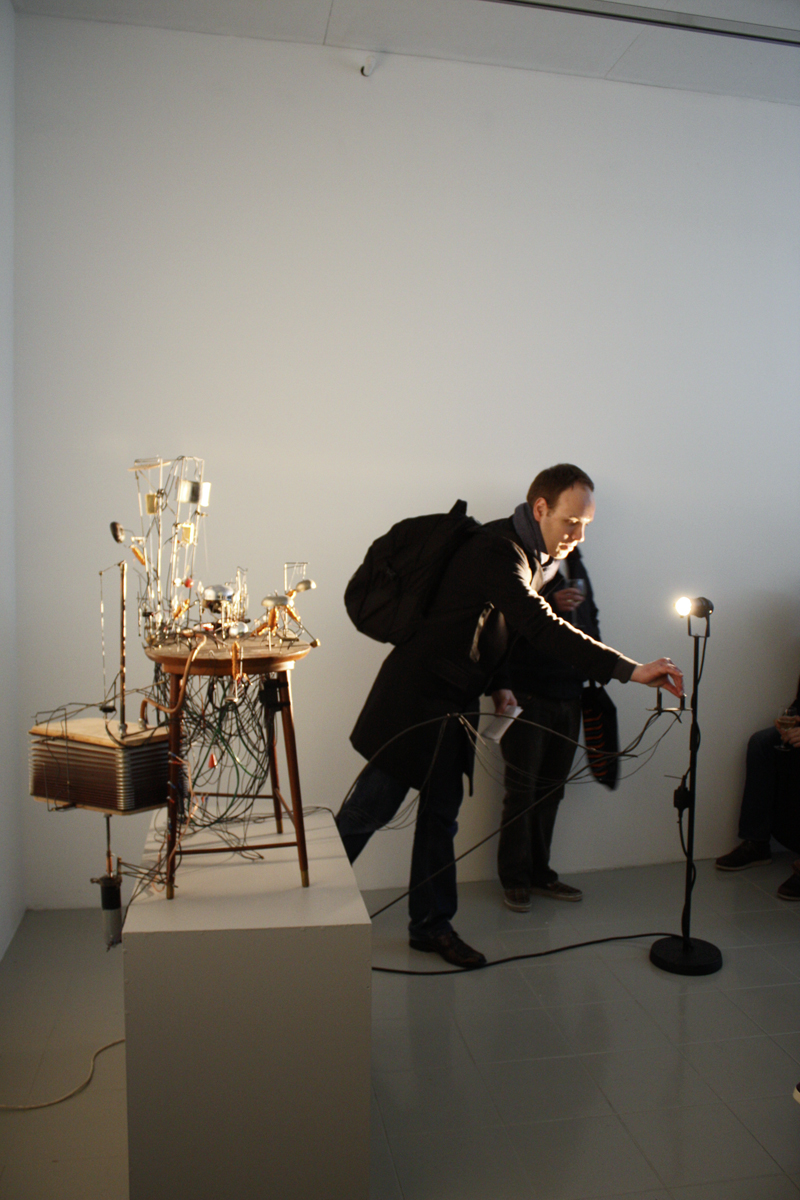 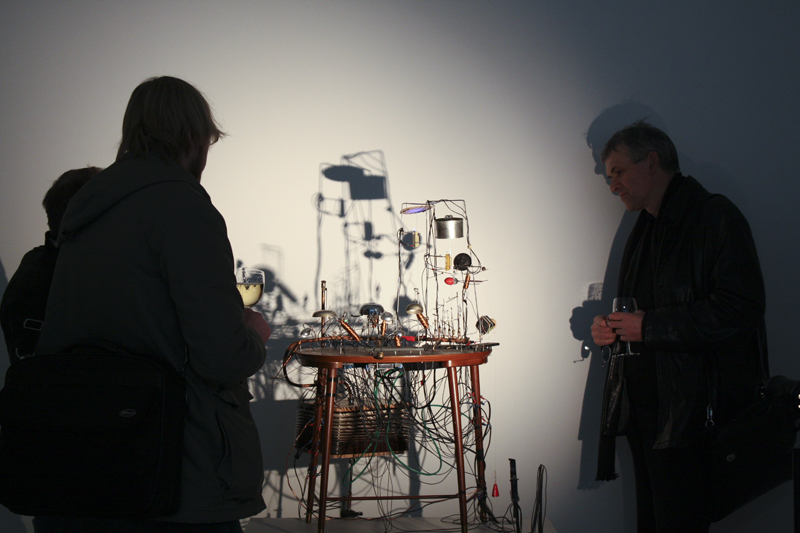 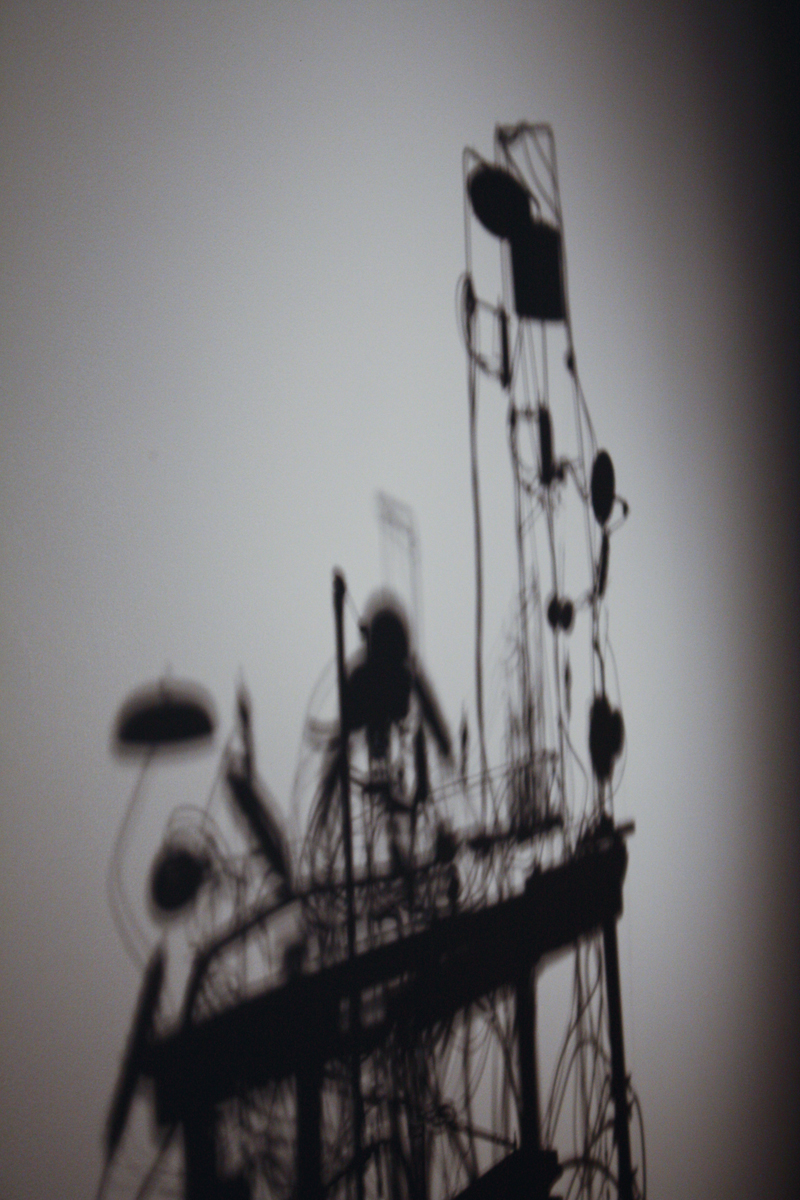 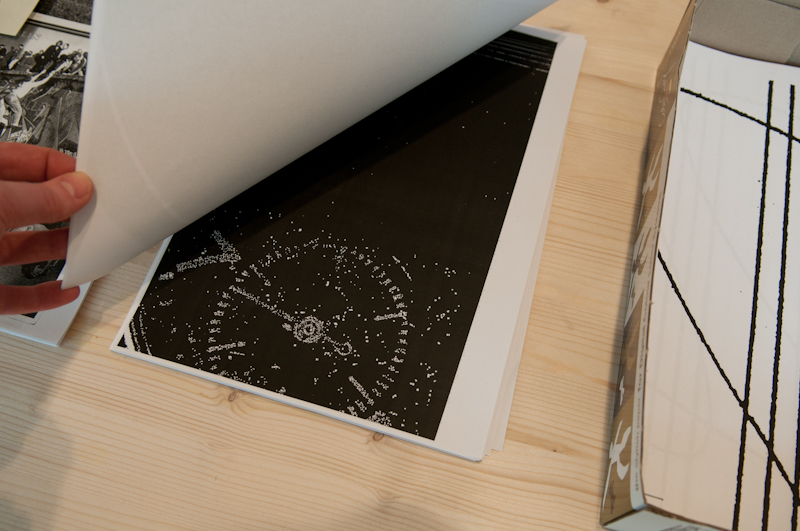 Little machines that do things in a gallery space wouldn’t normally hold my attention for very long. But it’s all about the context. And in this specific context the little machines are more than anything a vehicle to elaborate on some rather existential themes. The term decay has a slight biological, and therefore also a human, touch to it, unlike the more general entropy. However, both express the simple fact that all things we know about in the universe will come to an end; it’s just a matter of time.

Brandon La Belle’s Meditation on a Future Horizon, a workstation comprising videos, books and various traces of artistic investigation, appears to be a natural centre for all the other pieces to revolve around. It’s the largest and most complex work, and it’s not preoccupied with one specialised task, opposite most of the other works. An example of the latter is Pe Lang’s positioning systems – falling objects, which shows a simple but intriguing process. A pipette lays drops of water onto a surface in a square. It stops and waits for the time it takes for the water to evaporate, and then it starts over again. I imagine these introvert works would be less interesting on their own, but there is something about the combination of processes and especially the sounds they make. As I move about the sounds from the different instruments (that’s what several of the machines are, more than anything else, I realize) combine and take on a life of their own. When I don’t see the sources, the sounds automatically turn into things I know, heavy rain on a roof or gentle snoring. There is a leakage into this neat gallery-laboratory, from an outside world of weathering and erosion.

In Meditation on a Future Horizon, quotes from revolutionary literature are turned into poetry. Text lines are put through an altered musical box which «plays» the qoutes. The nostalgia, playfulness and unease all associated with the music box add to the ambiguity of the work. There is something very ritualistic about turning such loaded ideas into musical scores. Or childlike: Like putting things in your mouth and let them disintegrate in order to learn what they’re really like. It may be the only way. 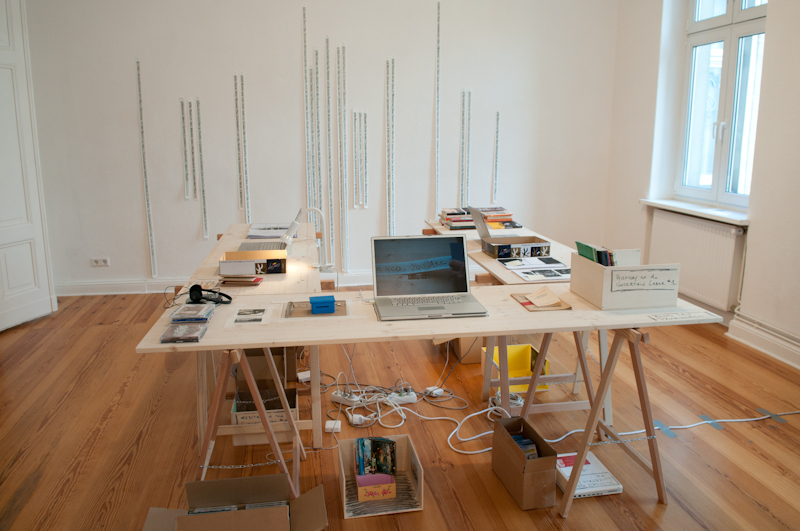 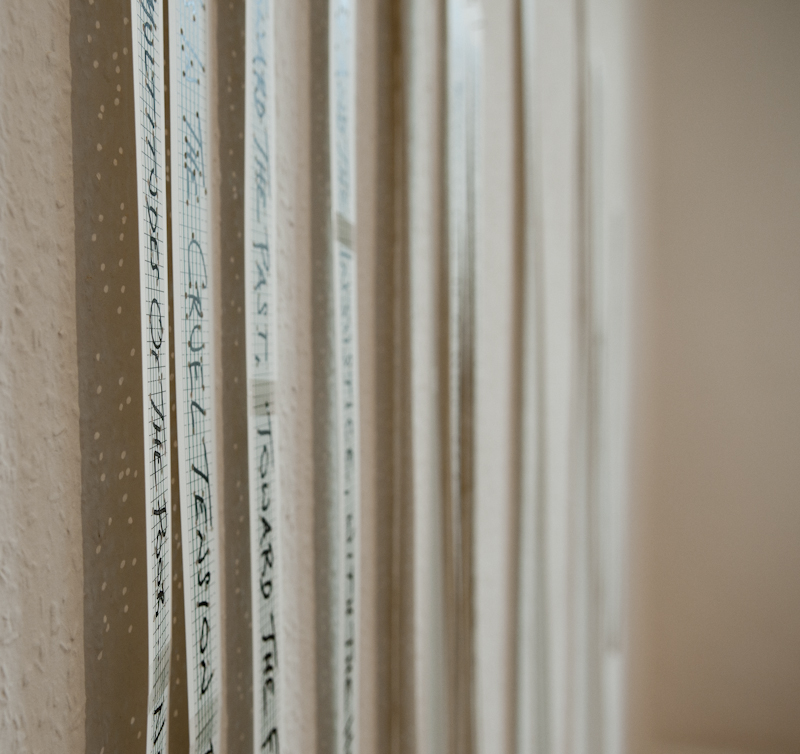 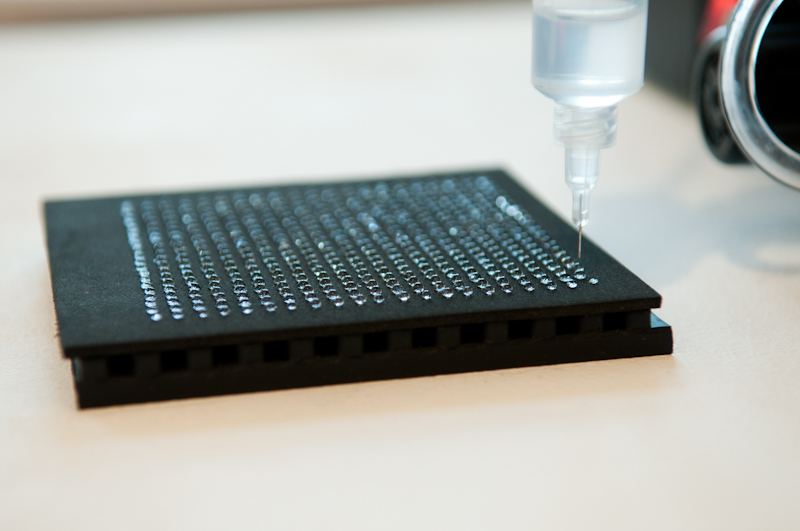 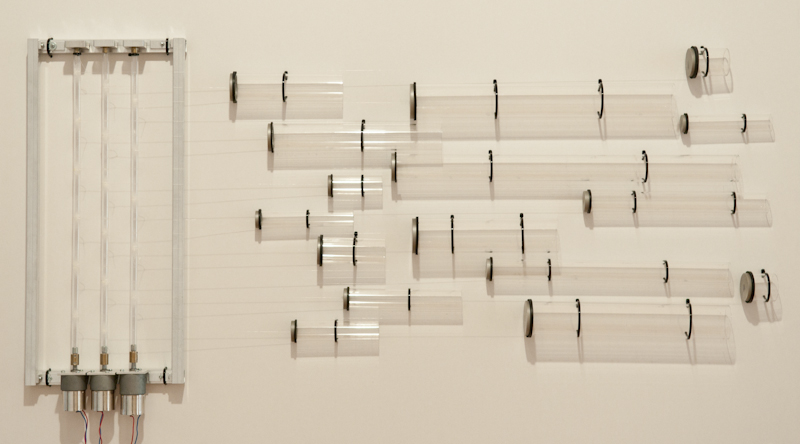 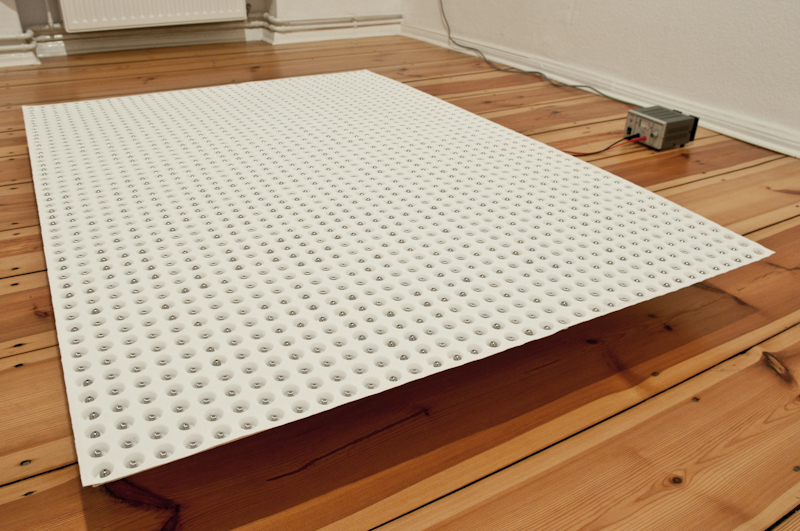 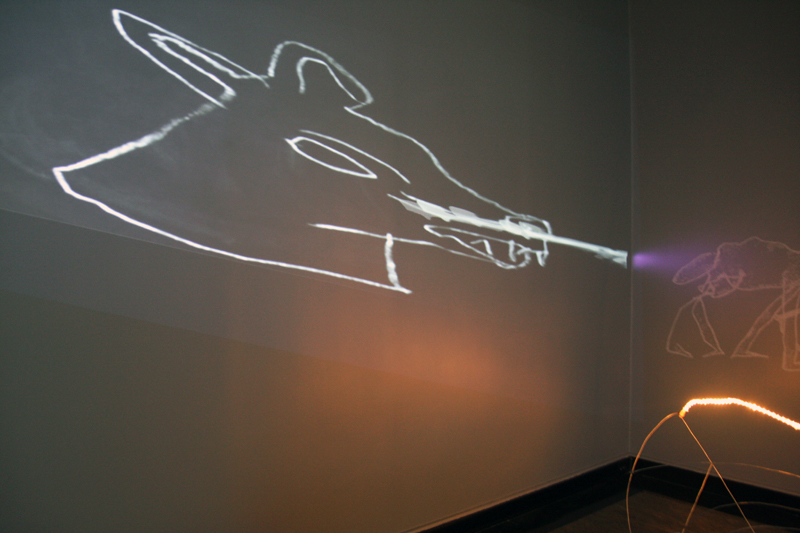 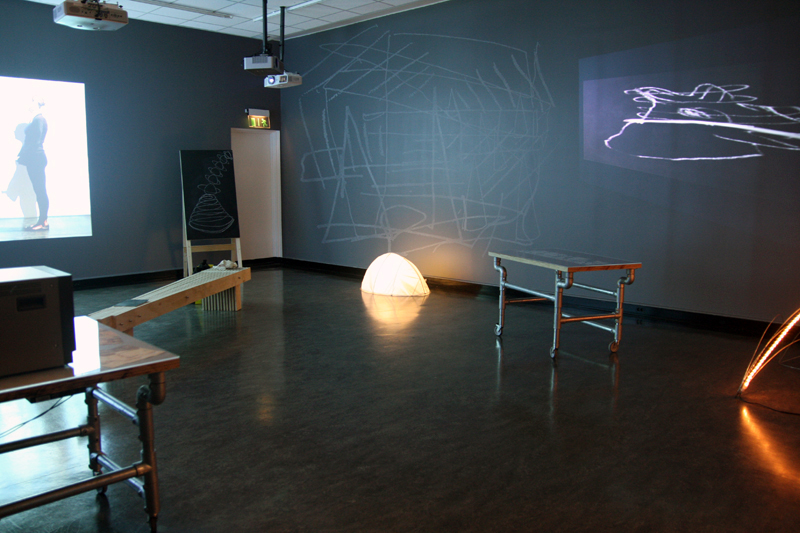 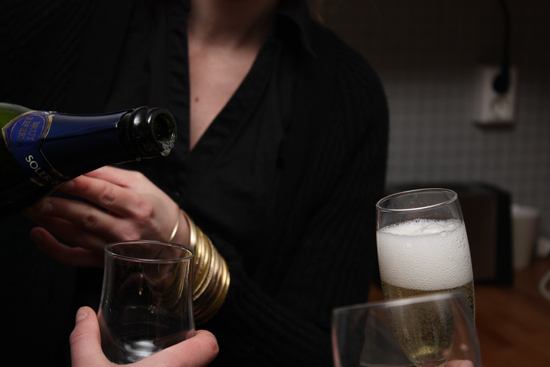